A fitting tribute to Terry 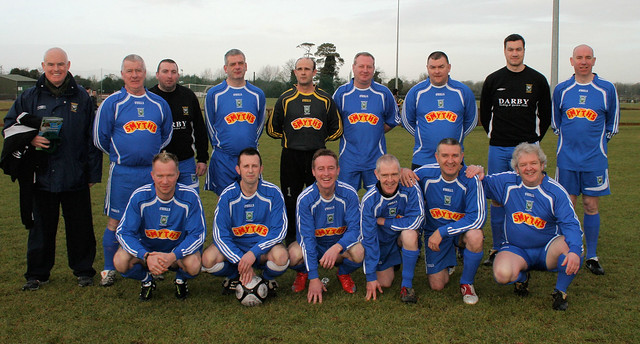 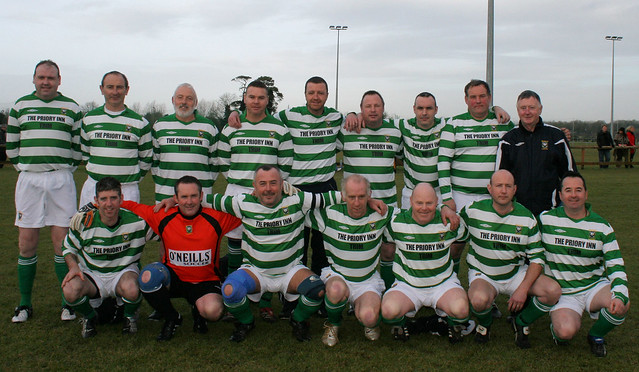 There was something special about Tuesday 28th December 2010. The club joined forces to remember a true friend who contributed so much to the club over the years. Terry Scanlon touched the lives of a lot of people during his time with the club as a player and as a manager.
Former players in the club dusted off their boots, and a large amount of supporters turned out to pay tribute to Terry in the best way possible – with a demonstration of the beautiful game. A hard fought contest by former players who played along side Terry in the club, and watched by players trained by Terry over the years. Trim Celtic supporters and friends, joined with the Scanlon family to remember Terry and to acknowledge the fantastic contribution that he made to the club and its members.
Mark and Eric representing the Scanlon family presided over the presentation of the Terry Scanlon Cup in the Prioty Inn on Tuesday night. Thanks to all who supported the day, but most importantly, thanks to Terry for the memories and the massive contribution he made to make the club what it is today.